A hefty fine has been issued to an Illinois iron and metal company Gaby Iron and Metal Co. Here’s a brief excerpt from the Chicago Tribune regarding the incident:

A Chicago Heights metals recycler has been cited by OSHA for 17 health and safety violations and fined $135,850.

Gaby Iron and Metal Co. was cited for allowing workers to exceed allowable exposure limits to lead and failing to require respirators to be worn among other violations, according to the U.S. Department of Labor’s Occupational Safety and Health Administration.

Larry Davis, Gaby’s secretary-treasurer, said Monday he didn’t think the charges were fair. He did not yet know whether the company would appeal OSHA’s ruling.

In March, an OSHA inspection was started at the company after a referral from the state’s Lead Enforcement Program, according to an OSHA news release. The company was cited for four alleged willful violations with proposed fines of $112,000.

The company was cited for failing to implement a respiratory protection program, failing to provide a written lead compliance or training plan, failing to monitor air for lead during process or material changes, and allowing workers to be exposed to lead in excess of allowable limits, the OSHA release said.

Gaby also was cited for 12 serious citations with proposed penalties of $23,850, including failing to evaluate employees’ exposure to arsenic or provide arsenic training, failing to place lead-contaminated clothing in closed containers and label those containers, failing to provide a medical surveillance program for lead exposure, and failing to implement a hazard communications training program, according to the release.

Gaby has 15 business days to comply with the order, request an informal conference or contest the findings before the Independent Occupational Safety and Health Review Commission, according to the release.

These type of fines can bankrupt a business. Working with a qualified safety consulting firm such as ProActive Safety Solutions will greatly improve your chances of fighting fines issued by OSHA. 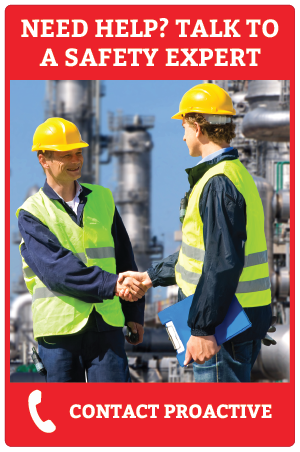